Bodhidharma’s Advice To Students of the Way 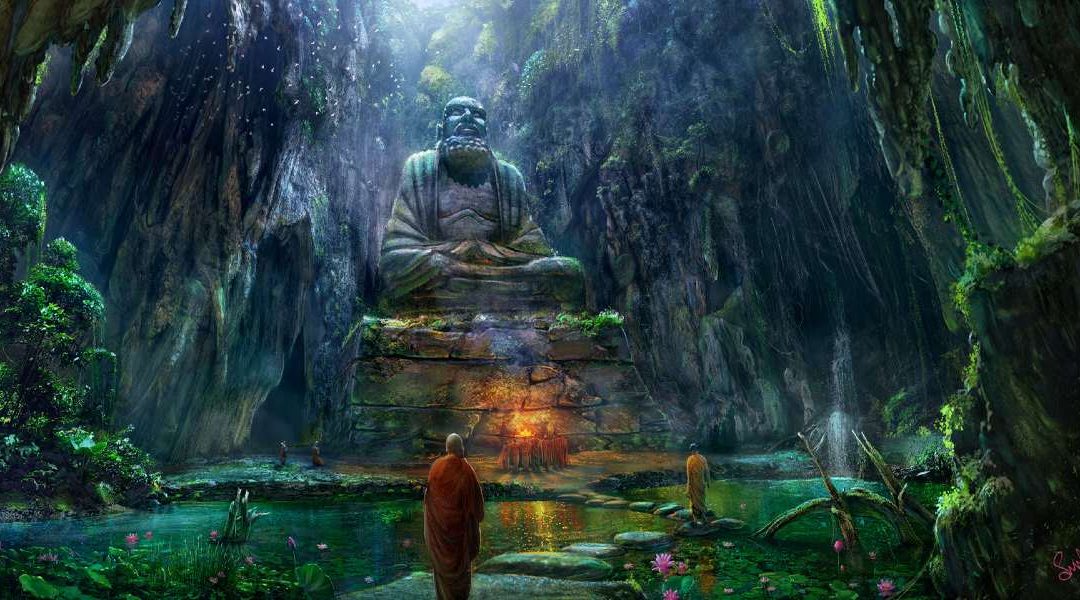 I have always admired the former wise ones. I have broadly cultivated all the practices. I have always esteemed the Pure Lands of the Buddhas and looked up to the teachings that have come down to us, as a thirsty man longs for water.

Those who have been able to meet Sakyamuni Buddha and realize the great path are in the millions; those who have obtained the four fruits are numberless.

I really thought that the heavenly mansions were another country and the hells another place, that if one were to attain the path and get the fruit, one’s bodily form would change.

Through pure practice I tried to produce karmic causes.

In confusion I went around in circles, chasing my mind and creating karma.

Thus I passed many years without the leisure to take rest.

Then for the first time I dwelled upright in dark quiet stillness and settled external objects in the kingdom of mind.

However, I had been cultivating false thought for such a long time that my feelings led me to continue to see characteristics.

I came to the point where I wanted to probe the difficulties inherent in these illusionary transformations.

In the end I cleary apprehended the Dharma Nature and engaged in a course practice of Thusness.

For the first time I realized that within the square inch of my own mind there is nothing that does not exist.

The bright pearl comprehends clearly and darkly penetrates the deep tendency of things.

From the Buddhas above to the wriggling insects below, there is nothing that is not another name for false thought.

They are the calculations of thought.

And so I have given written expression to my dark musings.

Moreover, I will reveal the Verses on Devices for Entering the Path (below), to be used as advice to those who have the conditions for the same type of awakening.

If you have time, unroll and read it.

Verses on Devices for Entering the Path

Through cross-legged sitting dhyana (zen), in the end you will definitely and undoubtedly see the Original Nature.

Inevitably you will fuse and purify mind.

But, if for a split second thought arises you will be in the conditioned realm of arising and extinguishing.

In the midst of birth and death, to remember thoughts is like a Buddhist practitioner engaging in an improper means of livelihood.

You may search for Dharma and surmise various things, but your karma will not be changed.

Given revolving and increasing defilement, mind finds it difficult to reach the ultimate.

He realizes for the first time that his six years of ascetic activity were in vain.

All over the world, everywhere are the people of the Evil One (mara)
Who clamor in vain and engage in meaningless arguments
Making false explanations, they teach sentient beings
Talking about remedies, they cure not one disease.

Things have always been in a state of aware-stillness and there has never existed a perceiving subject.

How could there be good and evil, false and correct?

This was Bodhidharma’s essential advice to students of the Way.