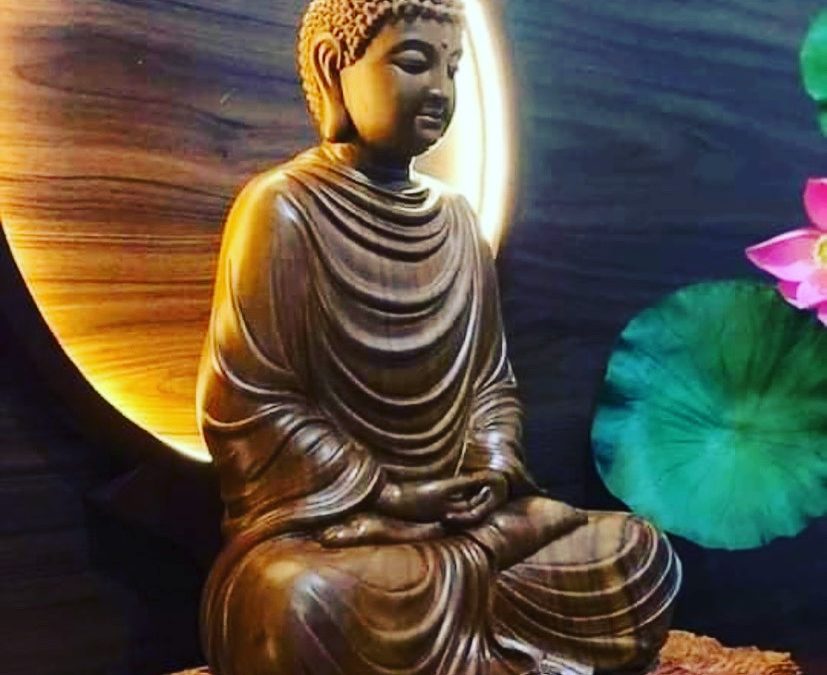 Huineng, the Sixth Patriarch of the “Sudden Enlightenment” school of Zen, states:

“Therefore ‘no-thought’ is established as the doctrine.”

“Good Knowing Advisors, why is no-thought (wu nien) established as the doctrine? Because there are confused people who speak of seeing their own nature, and yet they produce thought with regard to states. Their thoughts cause deviant views to arise, and from that all defilement and false thinking are created. Originally, not one single dharma (thing attained) can be obtained in the self-nature. If there is something to attain….that is just defilement and deviant views (thoughts). Therefore, this Dharma-door establishes “no-thought” as its doctrine.”

Dzogchen Master, Vairocana wrote as an instruction, in the 800’s a.d:

“So the state in which we don’t think at all is the supreme heart-essence of equanimity. We set ourselves down where we have no thoughts, and just stay there, without getting lost in the forces of depression or wildness.”

Tulku Urgyen wrote in Rainbow Painting: “When there are no thoughts whatsoever, then you are a Buddha”.

“Thinking only begins after marigpa (ignorance) sets in, at the loss of rigpa. During the nondistraction of rigpa, no thought can begin. I cannot emphasize this enough —there is no thought during the state of rigpa!”

“Honestly, there is nothing more amazing than this recognition of rigpa in which no thought can remain.”

“Buddhas do not have any discursive thoughts

(rnam-rtog); they have primal awareness or gnosis (ye-shes). Thoughts are always mixed up with negativities and obscurations. Thoughts represent obscuration. Thus we keep in a thoughtless state (mi rtog-pa). When we keep in the Natural State and everything dissolves, then we do not need to do or change anything. We just let things be, just let thoughts go. We let everything remain just as it is.”

“Thought is samsara. Being free of thought is liberation.”

“Once your mind is free from thought, it becomes clearly wakeful and at rest in an utterly simple awareness. This awareness cannot be described adequately.”

“Be without thoughts, this is the secret of meditation.”

“To remain without thought in the waking state is the greatest worship.”

A student asked Ramana when is one finally enlightened?

Ramana replied “When there are no more thoughts.”

“Give up thinking of anything at all, about the past, the future or the present. Remain thought-free, like an infant.”

“Innate suchness is unobscured the moment you are not caught up in present thinking.”

“Rigpa, the Natural State, is not cultivated in meditation. The awakened state is not an object of the intellect. Rigpa is beyond intellect, and concepts.”

“This is the real Buddhadharma, not to do a thing. Not to think of anything like Saraha said, “Having totally abandoned thinker and what is thought of, remain as a thought-free child.”

“When caught up in thinking we are deluded. To be free of thinking is to be free.”

“That freedom consists in how to be free from our thinking.”

“As long as the web of thinking has not dissolved, there will repeatedly be rebirth in and the experiences of the six realms.”

“The method: But if you want to be totally free of conceptual thinking there is only one way: through training in thought-free wakefulness. (rigpa).”

“Strip awareness to its naked state.”

“If you want to attain liberation and omniscient enlightenment, you need to be free of conceptual thinking.”

“Being free of thought is liberation.”

“This is not some state that is far away from us: thought-free wakefulness actually exists together with every thought, inseparable from it… but the thinking obscures or hides this innate actuality. Thought free wakefulness (the natural state) is immediately present the very moment the thinking dissolves, the moment it vanishes, fades away, falls apart.”

“Simply suspend your thinking within the non-clinging state of wakefulness: that is the correct view.”

From one of the earliest Dzogchen masters, Vairocana:

“The absence of ideas is a lucidity. This lucidity is also an absence of ideas. It is the basis for a true essence That is not a designation. We remain within a river of awareness, just as it is.

It is primordially pervaded by luminosity, just as it is.

It has no thought.

It has no memory.

It has no motion.