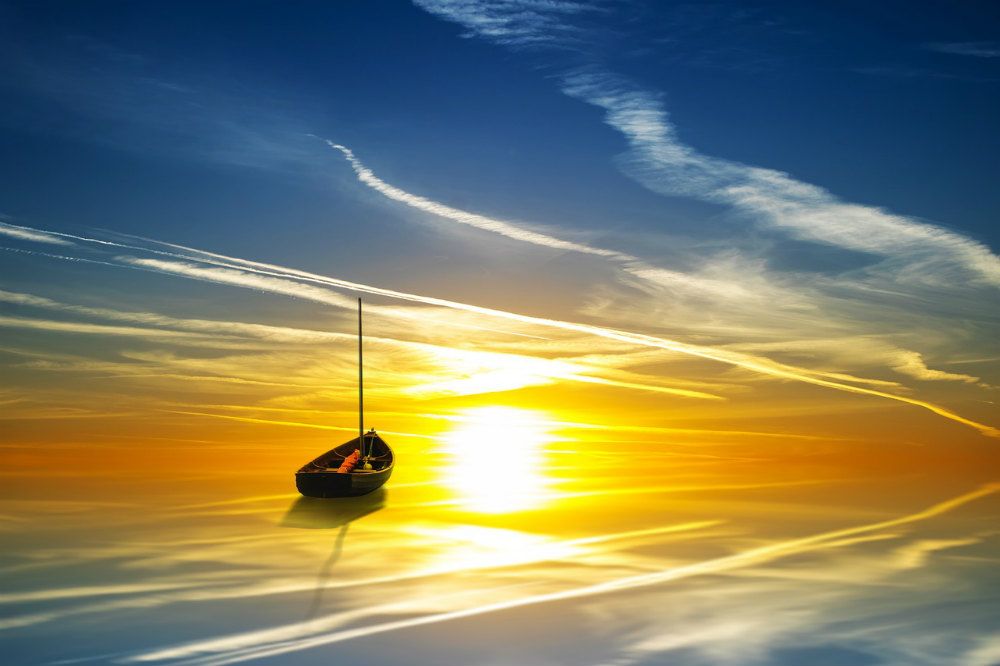 The ultimate principle is without words; one needs to borrow words to make this principle apparent.

The great Way is without equivalent; [yet] to touch the uncultivated it reveals shapes.

Let us now for expedience sake posit two persons holding a discussion on the subject of no-mind.

The student asks the Reverend, “[Do you] have a mind or not?”

Student: “Since you say that you have no mind: who then has the ability to see, hear, feel, and know? Who knows that there is no mind?”

Reverend: “Just no-mind is seeing, hearing, feeling, and knowing. And it is no-mind that has the ability to be aware of the absence of mind.”

Reverend: “Though I have no mind, I can very well see and hear and feel and know.”

Student: “Just the fact that you see, hear, feel, and know proves that you have mind! How can you deny this?”

Reverend: “This very seeing, hearing, feeling, and knowing is no-mind!

Where could there be another no-mind apart from seeing, hearing, feeling, and knowing?

Now I am afraid that you do not understand; so let me explain this to you step by step in order to let you realize the truth.

Take seeing: [I] see throughout the day – but since it is seeing without seeing, it is without mind.

Or take hearing: [I] hear all day long – but as it is hearing without hearing, it is without mind.

Or feeling: [I] feel all day long – but as it is feeling without feeling, it is without mind.

Or knowing: [I] know all day long – but as it is knowing without knowing, it too is without mind.

Engaged in actions day in and day out, [I] do without doing – which is nothing other than no-mind.

Therefore it is said: Seeing, hearing, feeling, and knowing are all no-mind.”

Student: “But how could one [even] gain the ability to know that it is no-mind [that sees, hears, feels, and knows]?”

Reverend: “Just try to find out in every detail: What appearance does mind have?

Is [mind] inside or outside, or somewhere in between?

As long as one looks for mind in these three locations, one’s search will end in failure.

Indeed, searching it anywhere will end in failure. That’s exactly why it is known as no-mind.”

Student: “Reverend, since you have said that all is no-mind, neither evil nor meritorious deeds ought to exist. So why are people transmigrating in the six spheres of existence, ceaselessly embroiled in life-and-death?”

Reverend: “In their confusion, people for no reason conceive an [an entity called] ‘mind’ within no-mind.

Deludedly clinging to [mind’s] existence, they perform action upon action, which in turn makes them transmigrate in the six realms and live-and-die without respite.

It is as if someone would in the dark mistake a contraption for a ghost or [a rope] for a snake and be gripped by terror.

That’s just what people’s deluded clinging [to a mind] is like. In the midst of no-mind they deludedly cling to a ‘mind’ and perform action upon action – yet this results in nothing but transmigration through the six realms.

If such people come across a great teacher who instructs them in seated meditation, they will awaken to no-mind, and all karmic hindrances will be thoroughly wiped out and [the chain of] life-and-death cut through.

Just as all darkness disappears with a single ray of sunlight that penetrates it, awakening to no-mind wipes out all evil karma.”

Student: “I am dull, and my mind is still not quite made up. But observing the one who is everywhere making use of the six sense organs, responding to questions, speaking, and performing all kinds of action – and [the existence of] delusion and wisdom, or life-and-death and nirvana, [I wonder if all of this] really is nothing but no-mind?”

Reverend: “Indeed it is!

Just because people deludedly cling to having mind, they have all their illusions and life-and-death as well as supreme wisdom (bodhi) and total release (nirvana).

If they awaken to no-mind, then there are neither illusions nor life-and-death and nirvana.

Thus the Tathagata said to those who [think that they] have mind that there is life-and-death.

If no-mind obtains, both illusion and bodhi are nowhere to be found; and the same is true for life-and-death and nirvana.”

Student: “[You state that] bodhi and nirvana are nowhere to be found – but one can say that all the buddhas of the past have attained bodhi, can one not?”

Reverend: “Only in terms of the phraseology of conventional truth, but not from the point of view of genuine truth.

Hence the Vimalakirti sutra’s statement: ‘Bodhi can neither be attained by a body nor by a mind.’

Again, the Diamond sutra says: ‘There is not the slightest object to be attained; the buddhas and the Tathagata simply attained through the unattainable.’

Which goes to show that with mind everything arises, while with no-mind there is nothing at all.”

Student: “You have already said, Reverend, that everything everywhere is no-mind; so trees and rocks are also no-mind. But [no-mind] is not the same as trees and rocks, is it?”

Reverend: “Our mindless mind is not identical with trees or rocks.

It may be compare to a celestial drum which, though just lying there without mind, by itself emits various wondrous teachings, thus guiding the people.

Again, it is like the wish-fulfilling gem that, though also without mind, is by nature able to produce a variety of different apparitions.

Our no-mind is just like that: though without mind, it is very well able to thoroughly perceive the true form of everything.

Equipped with true wisdom (prajna), its threefold body enjoys utter freedom, and its activity is without constraint.

Student: “At present, I am involved in [dualistic] mind; so how should I practice?”

Reverend: “Just be totally aware in all affairs! No-mind is nothing other than practice; there is no other practice.

Thus you’ll realize that no-mind is everything, and that extinction (nirvana) is nothing other than no-mind.”

At this, the disciple all at once greatly awakened and realized for the first time that there is no thing apart from mind, and no mind apart from things.

All of his actions became utterly free. Having broken through the net of all doubt, he was freed of all obstruction.

As he rose and bowed with folded hands, he engraved no-mind in producing the following verse:

Mind is marvelously tranquil;
It has no color or form.
Looking at it, one does not see it;
Listening to it, it has no sound.
Seeming obscure, it is not so;
Appearing bright, it is not bright.
Try to discard it, and it does not vanish;
Attempt to grasp it, and it does not arise.
At large, it covers the entire universe;
Yet in the minute it does not obstruct a hair.
Embroiled in passions, it is not soiled;
In the serenity of nirvana it is not pure.
As suchness it is by nature without discrimination;
Yet able to distinguish between sentient and not sentient.
When it gathers in, nothing is left out;
When dispersing, it is common to all people.
Wondrous beyond the grasp of knowledge;
Genuine awakening that cuts off the path of practice.
Though extinguished, one does not witness its demise;
Though present, its becoming is unseen.
The great Dao is tranquil and marked by no form,
Its myriad appearances silent and marked by no name.
Hence its activities are totally free –
All of this is the essence of no-mind.

The Reverend then told him: “Among all forms of wisdom, I regard the wisdom of no-mind as the highest. Thus the Vimalakirti sutra says: “Neither having a conscious mind nor mental impressions and processes, he sees through the ignorant and submits those of different creed.”

Again, the Sutra of the Great Dharma Drum states, “If you know that there is no mind that can be attained, no objects whatsoever are grasped; neither are sins and meritorious activities, nor life-and-death and nirvana. Indeed, nothing at all can be grasped – not-grasping included!”

Then [the disciple again] produces a verse:

In the past, when I was deluded, I held that there is a mind;
But now that I am awakened, there’s no mind, that’s all!
Though there is no mind, it perceives and is active;
Its perception and activity ever calm, it is pure suchness.

No mind, no perception, and no activity at all –
No perception, no activity: that’s wuwei.
This is the genuine Dharma-realm of the Tathagata,
Different from that of bodhisattvas and pratyeka buddhas.

What is called no-mind is nothing other than a mind free from deluded thought.