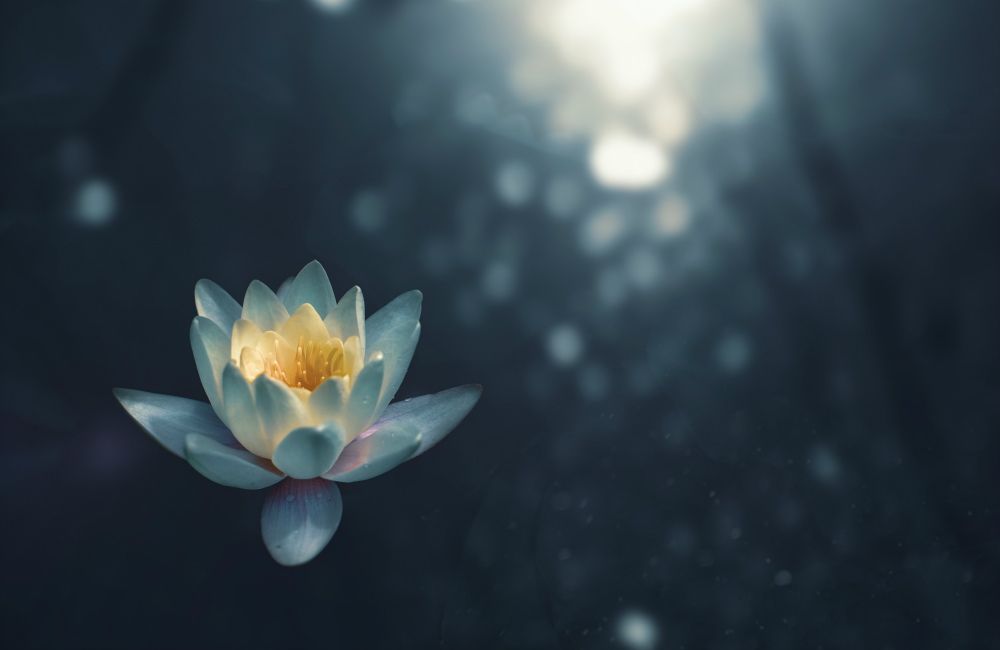 One Practice Samadhi Hui-neng (638-713)
I have come here today because I have a connection of many lifetimes with you officials, clerics, and laypeople. This teaching has been passed down by the ancients. It isn’t something I discovered by myself. But if you wish to hear this teaching of the ancients, you must listen with pure minds. And if you wish to get rid of your delusions, you should understand it as past generations have.

You already possess the prajna wisdom of enlightenment!

But because your minds are deluded, you can’t understand by yourselves.

You need to find a truly good friend to show you the way to see your nature.

Good friends, buddha nature isn’t different for the ignorant and the wise.

It’s just that people are deluded or awake.

When people are deluded, they’re ignorant.

When they wake up, they become wise.

Good friends, this dharma teaching of mine is based on meditation and wisdom.

But don’t make the mistake of thinking that meditation and wisdom are separate.

Meditation and wisdom are of one essence and not two.

Meditation is the body of wisdom, and wisdom is the function of meditation.

Good friends, what this means is that meditation and wisdom are the same.

Fellow students of the Way, be careful.

For those who hold such views, the dharma is dualistic: If the mouth speaks of goodness, but the mind doesn’t think of goodness, meditation and wisdom aren’t the same.

But if goodness pervades both the mouth and the mind, if what is external and internal are alike, then meditation and wisdom are the same.

The cultivation of self-awareness does not involve argument.

Unless you put an end to right and wrong, you will give rise to self-existent dharmas, and you will never be free of the Four States.

One Practice Samadhi means at all times, whether walking, standing, sitting, or lying down, always practicing with a straightforward mind.

Don’t practice hypocrisy with your mind, while you talk about being straightforward with your mouth.

If you speak about One Practice Samadhi with your mouth, but you don’t practice with a straightforward mind, you’re no disciple of the Buddha.

Simply practice with a straightforward mind and don’t become attached to any dharma. This is what is meant by One Practice Samadhi.

But if that were true, a dharma like that would be the same as lifelessness and would constitute an obstruction of the Way instead.

The Way has to flow freely.

Why block it up?

The Way flows freely when the mind doesn’t dwell on any dharma.

Once it dwells on something, it becomes bound.

If sitting motionless were right, Vimalakirti wouldn’t have criticized Shariputra for meditating in the forest.

Good friends, I know there are people who tell others to devote themselves to sitting and contemplating their minds on purity and not to move or think. Deluded people are unaware, so they turn things upside down with their attachments. There are hundreds of such people who teach the Way like this. But they are, you should know, greatly mistaken.

Good friends, since ancient times, this dharma teaching of ours, both its direct and indirect versions, has proclaimed “no thought” as its doctrine, “no form” as its body, and “no attachment” as its foundation.

What do we mean by a form that is “no form?” To be free of form in the presence of forms.

And “no thought?” Not to think about thoughts.

And “no attachment,” which is everyone’s basic nature? Thought after thought, not to become attached. Whether it’s a past thought, a present thought, or a future thought, let one thought follow another without interruption.

Once a thought is interrupted, the dharma body becomes separated from the material body. When you go from one thought to another, don’t become attached to any dharma.

But when you go from one thought to another without becoming attached to any dharma, there’s no bondage. This is why “no attachment” is our foundation.

Good friends, “no form” means externally to be free of all forms. If you can just be free of forms, the body of your nature is perfectly pure. This is why we take “no form as our body.”

To be unaffected by any object is what is meant by “no thought,” to be free of objects in our thoughts and not to give rise to thoughts about dharmas. But don’t think about nothing at all. Once your thoughts stop, you die and are reborn somewhere else.

Students of the Way, take heed. Don’t misunderstand the meaning of this teaching. It’s one thing to be mistaken yourself, but quite another to lead others astray then to criticize the teaching of the sutras while remaining unaware that you yourself are lost.

Thus the reason we proclaim “no thought” as our doctrine is because deluded people think in terms of objects, and on the basis of these thoughts they give rise to erroneous views. This is the origin of all afflictions and delusions.

Nevertheless, when this school proclaims “no thought” as its doctrine, those people who transcend objects and who don’t give rise to thoughts, even though they have no thoughts, they do not then proclaim “no thought.”

What does “no” negate?

And what thought is “thought” about?

“No” negates dualities and afflictions.

And “thought” is thought about the original nature of reality.

Reality is the body of thought, and thought is the function of reality.

When your nature gives rise to thought, even though you sense something, remain free and unaffected by the world of objects.

The Vimalakirti Sutra says, “Externally, be skilled at distinguishing the attributes of dharmas, and internally, remain unshaken by the ultimate truth.”

If you don’t see that your nature is already pure, and you rouse your mind to contemplate purity, you create the delusion of purity instead. A delusion has no actual location, which is how we know what we contemplate is a delusion.

And purity has no form. If someone establishes a form for purity and thinks they have achieved something, those who hold such a view separate themselves from their own nature and become trapped by purity instead.

And if someone cultivates dispassion, as long as they don’t pay attention to the faults of others, their nature is dispassionate.

But deluded people act dispassionate then open their mouths and talk about right and wrong and turn their backs on the Way.

In that case, what do we mean in this school by “to practice Zen?”

In this school, by “to practice Zen,” we mean not to be obstructed by anything and externally not to give rise to thoughts about objective states.

And by “Zen,” we mean to see our nature without being confused.

And what do we mean by “Zen meditation?”

Externally to be free of form is “Zen.”

And internally not to be confused is “meditation.”

Your nature itself is pure and focused.

When you are free of form and not confused, you are focused.

To be free of form externally is “Zen.”

Not to be confused internally is “meditation.”

External Zen and internal meditation, this is what we mean by “Zen meditation.”

The Vimalakirti Sutra says, “Suddenly all at once, we return to our original mind.”

And the Bodhisattva Precept Sutra says, “Our original nature is pure.”

Good friends, see the fundamental purity of your own nature.

Cultivate and put to work for yourselves the dharma body of your own nature.

Practice for yourselves the practice of a buddha.

Begin and complete for yourselves the path to buddhahood.

Source: The Platform Sutra – The Zen Teaching of Hui-neng, the Red Pine translation