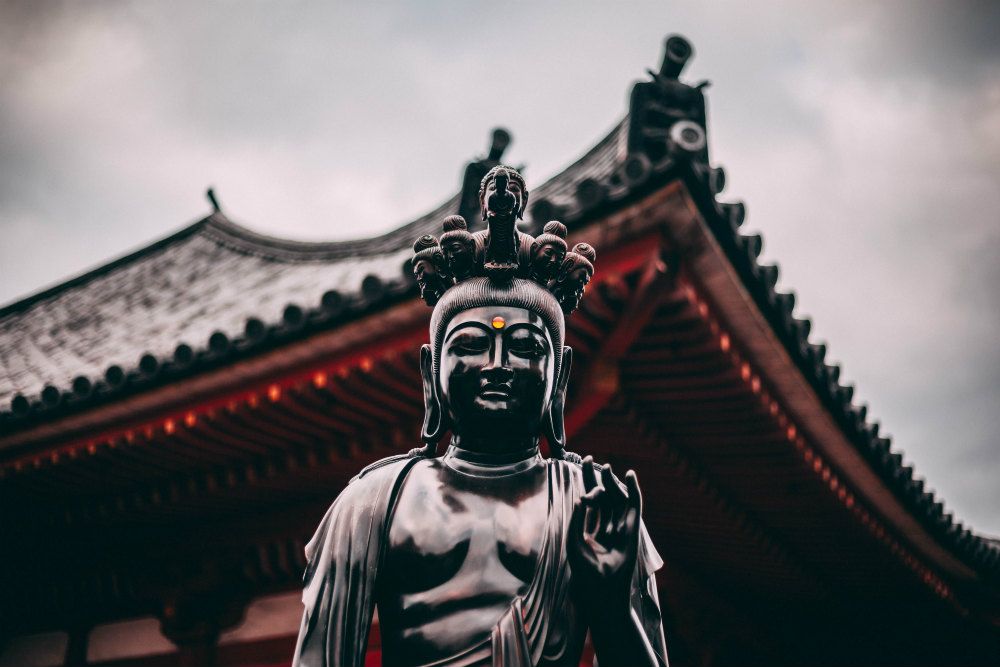 The One Practice Samadhi

This is the Stillness-Awareness of the mind

For this practice: sit upright and mindful, eliminating any disturbing sensations, abandoning any unruly ideations.

Fixing the mind on it is the Stillness; letting each moment of experience be entirely identical to it is the Awareness.

Trust that all phenomena without exception are aspects of Buddhahood.

As such, none can be prior to or subsequent to any of the others, as there are no longer any genuine boundaries between them.

Thus there can be no separate knower or describer of them.

But in that case, nothing can be definitively described or known about them.

Hence they cannot definitively exist or not exist, cannot be a knower or a non-knower, cannot, for that matter, be known or unknown.

Free of the duality of these extremes, they dwell only in their not dwelling exclusively anywhere or in anything, just as the Buddhas dwell in their secure and peaceful Nirvana, the quiescent extinguishment that is itself also the Total Field of All Phenomena.

Do not be alarmed when learning this profound teaching: the Total Field of All Phenomena is called Awakening, but it is also called the Realm beyond Conception.

It is called Liberating Wisdom, but it is also called the Unborn and Undestroyed.

In the same way, each and every phenomenon is itself none other than the Total Field of All Phenomena, without duality and without separation.

Do not be alarmed in learning of this non-duality and non-separateness.

This contemplation of the Tathāgata is most rare, like space itself never going awry.

Keep increasing your mindfulness of it, seeing the beautiful features of the Buddha in front of you as if you were looking at your own reflection in still water.

First see it as this one Buddha, then as all the Buddhas of the ten directions.

No miraculous power need take you far away to see these Buddhas: you see them and hear them preaching the Dharma right where you are.

Understanding the real meaning of the phrase “how things really are,” you can, for the sake of all sentient beings, see the Tathāgata, but without taking hold of the idea of “Tathāgata” as a definite thing.

You transform the lives of all sentient beings and move them toward Nirvana, but without taking hold of the idea of “Nirvana” as a definite thing.

You beautify yourself for the sake of all sentient beings but see there to be no definite thing that is “beauty.”

It is very remarkable indeed: having no definite form or attribute, and thus no seeing or hearing or knowing, [the Total Field of All Phenomena] admits of no realization, even by a Buddha.

What is the reason?

It is that a Buddha is himself precisely the Total Field of All Phenomena.

The realm of sentient beings dwells as space dwells: by dwelling in nothing at all, by its utter lack of any definite attribute, it dwells within enlightened wisdom itself.

Since we can find no things that are mundane and deluded, what is there to abandon?

Since we can find no things that are sagely and pure, what is there to achieve?

The same goes for samsara, Nirvana, defilement, and purity.

Not abandoning, not obtaining, dwell only in the ultimate reality.

In this way, see each sentient being as the true Buddha, who is the Total Field of All Phenomena.

See lust and rage and delusion and all other afflictive passions and disturbances as actions that are always already quiescent, actions devoid of any real motion, belonging to neither samsara nor Nirvana.

It is called truly dwelling in each of the afflictive passions and disturbances, seeing each of them to be the Total Field of All Phenomena.

In contemplating heavy karma, none goes beyond the five grave sins of killing father, killing mother, killing an arhat, shedding the blood of a Buddha, or sowing division in the community. But these five grave sins are precisely wisdom itself, for there is no definite mark of duality differentiating wisdom on the one hand and these five sins on the other.

There is no separate entity that feels them, knows them, discerns them.

The attributes of sin are precisely the attributes of the ultimate reality, for both are beyond conception and thus incapable of being destroyed, originally free of any original nature.

All karma and conditionings [both sinful and virtuous] dwell in the ultimate reality, neither coming nor going, neither cause nor effect.

The same idea can be applied to each and every phenomenon, as should now be obvious.

This short passage, “The One-Practice Samadhi” is from the Mohe Zhiguan 摩訶止観, in Sanskrit Great śamatha-vipaśyanā which is a key Tiantai (Japanese Tendai) source consisting of lectures given in 594 by the Chinese Buddhist sage Zhiyi translated by Ziporyn, Brook A..in Emptiness and Omnipresence(Indiana University Press) (pp. 273-274).