The Buddha Gave Up 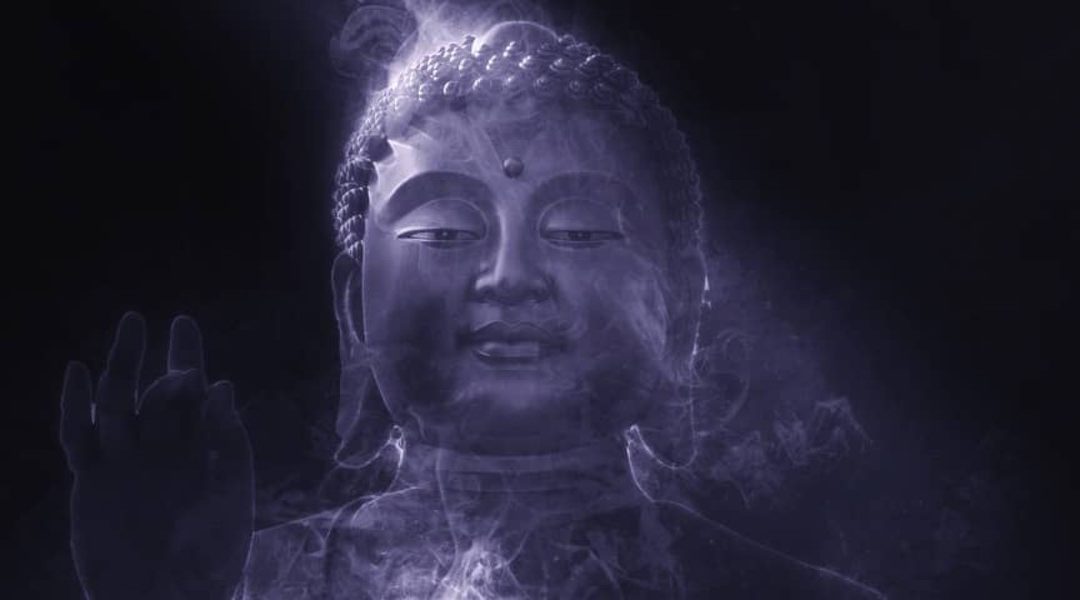 The Buddha Gave Up

Before we get into the breadth and depth of Zen it’s good to know that this is a living lineage that goes all the way back 2500 years ago to its founder the Buddha.

I am just one of a long line of Masters that have appeared to share the dharma, to share the truth with you. One of many people who have followed this ancient way and has received Mind to Mind transmission of the dharma.

The person that most people associate with the name Buddha is a person named Siddartha Gotama. Siddartha’s story of awakening is our story.

So there was Siddhartha, 2500 years ago, and his life was good and going in a certain direction and then something happened that rocked him to the core. Something upset him and turned his perfect life upside down. It made him go off in search of a way to help him find peace, happiness and wisdom.

And maybe this is what has happened to us too. Our lives were going in a certain direction and then something happened to make us go off in search of truth.

For Siddhartha he saw three things that he had never seen before – sickness, old age and death. These are big truths of life that affect each and every one of us in some way.

He saw people struggling to be happy and he discovered that he too wasn’t happy. Even though he had everything that the world says should make us happy. He had riches, fame and all that he desired but he still wasn’t truly and authentically happy.

So he went off in search of some way or method to help ease his suffering and bring himself and others happiness.

And for years he tried everything there was out there. If he lived in today’s age he would have tried everything like, reiki, affirmations, breathwork, pilates – you name it and he gave it a try and quickly mastered it. And still he wasn’t happy and hadn’t discovered the freedom he was looking for.

So he then went to extremes – punishing his body through a grueling regime of ascetic practices. His body withered away to nothing. He looked like the walking dead. And there was even one time when he had been lying down at the side of the road from sheer exhaustion and some travelers passing by saw him there and thought he was a corpse.

So one day the Buddha waded into a pond – maybe to get away from the stifling Indian heat or maybe to clean himself. And because he was so weak and decrepit he almost died in that water as he was barely able to pull himself out of it.

And lying there on the bank, gasping for breath – he gave up.

Here he was fighting to breathe, covered in mud, years of his life had gone by and still he hadn’t found a way to be happy and free.

So he dragged himself out the mud, crawled his way to the foot of a tree and then propped his hunger stricken body up against it.

And I imagined he cried and cried. Here he was, nearly dead and no closer to his goal of finding a way out of the suffering of life.

“There’s got to be another way.” he muttered to himself.

A way that was gentle and easy. That didn’t ravage his body. A way to no longer be tormented by his mind.

As he was crumpled up against that tree a memory flashed in his mind. It was when he was a boy. He saw himself sitting quietly and serenely under a tree. He remembered how lovely it was to sit in silence and be left alone. No one to bother him. Nothing to do.. He remembered how he felt at ease and joyful just sitting there on that lazy warm afternoon.

“Might this be the way?” he thought to himself.

And something inside of him said “Yes!”

Something said for him to stop trying so hard. To put it all down. To become natural. To eat when hungry and sleep when tired. To stop chasing after enlightenment.

So he stopped. He put it all down and just sat there.

Luckily for him a stranger saw him sitting there – looking like a bag of bones and gave him some porridge. I like to imagine what that simple meal tasted like. How amazing it must have been to just eat that simple meal.

And slowly he started to regain his strength. And he sat and sat and sat. Deeper and deeper he went into the silence. He discovered a natural deep and refreshing calm within. He became more and more relaxed. More and more at ease in every moment.

And he sat and sat and sat. Deeper and deeper into that silent calm he went. He then discovered a natural joy and bliss within. His relaxation deepened, his ease deepened, and now there was a lighthearted joy and bliss that emerged.

When we put everything down, life becomes very sensual. Very blissful. I like to imagine Siddartha during this time walking through the forest, hearing the bird songs, feeling the breeze against his skin, enjoying the rhythm and motion of the body as it took each step. A gentle blissful ease emerged. A lightheartedness bloomed.

The raging currents of his mind had subsided. All that was left was this empty clarity. Perfectly still. Crystal clear. A mind free from attachment.

Then the natural dharma became apparent to him:

A tree was no longer a tree. The tree was merely a conceptual designation. And that if you looked long and deep enough at a tree you would find sunshine, rain, earth time and even mind there. This was the universal dharma.

He saw that to be human meant to be subject to a certain level of hardship. It was just a fact. Life could be hard. And a mind not at ease would make it even harder. When he had no mind, when he wasn’t grasping, life was just what it was. Sometimes pleasurable and sometimes painful. As long as he didn’t have like and dislike he was free and life and karma just unfolded naturally. This was the universal dharma.

He saw everyone’s karma unfolding – like stories. Everyone had a part to play. Everyone was bound to everyone else’s journey somehow. Sometimes in big ways and sometimes in little ways. But there seemed to be a unified field of experience that was constantly changing. Constantly evolving. Stories intersecting with stories. Life was just unfolding. Cause and effect was continually in motion. But not in a simple black and white fashion. It was a complicated web of experience. All of it leading to awakening. This was the universal dharma.

He saw how even though he had a body that body wasn’t the true self. If it was he would be able to easily do away with headaches, stomach aches and all sorts other things. The body was never stable. It was always changing changing changing. And it was totally dependent on other things like water and food. The body wasn’t the true self. This was the universal dharma.

He saw that even this sense of “I” wasn’t stable. That this “I” was a fiction. How could there be “I” “me” or “mine” if everything depended on everything else to be? This “I” feeling wasn’t the true self. This was the universal dharma.

If all these things I took to be myself were merely processes of dependent origination going about their own way, what was the true self?

What did he discover that never changed and wasn’t affected by all these changing things?

It was in that deep silence that he discovered the clear, empty radiance of mind.

Looking into the empty clarity and stillness of mind he said, “All that remained was consciousness and equanimity: pure & bright. Consciousness without feature, without end, luminous all around.”

And he saw that these words could never really drive home the universal truth of awareness. They coouldn;t convey the open empty field of awareness that he discovered behind it all.

Awareness was like space. After really seeing truth the Buddha said, “How interesting that I and all beings are already awakened?”

How would he be able to teach this to people?

For days he wondered this. He almost became disheartened at the fact that this truth couldn’t really be taught. It had to be experienced.

And that’s the Buddhist tradition. That’s the Zen way. It’s really an invitation. An invitation to discover the truth. A truth that is beyond anything you’d ever imagine it to be.

An invitation to discover your own Buddha Nature.

I now, like the countless Master’s before me, invite you on this journey to nowhere. I invite you to discover this truth for yourself.

You’re a Buddha too and it’s time to awaken.