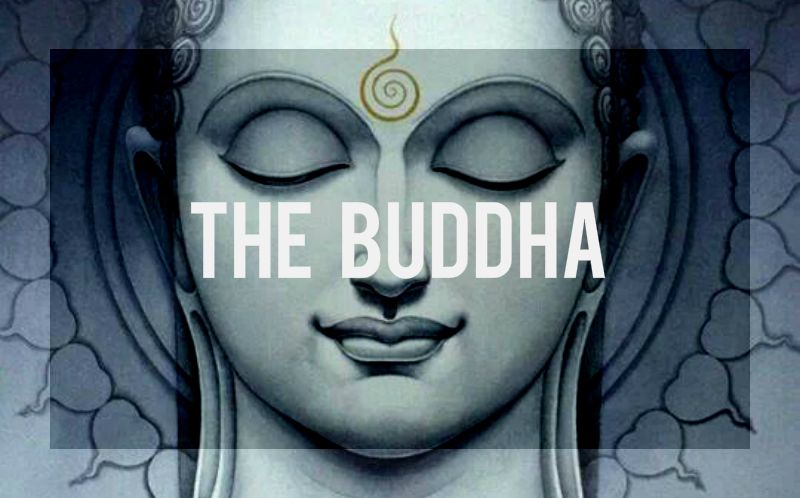 During the time of the Buddha life was in a state of flux.

A new urban class was coming to be, fueled by greed and power. The restricting caste system was being put to the test by the merchant class. Traditional values were crumbling. The old ways and rituals were starting to seem cumbersome and archaic. And people increasingly resented the dominating class of Brahmins and their ancient traditions and rules.

Underground rebellions of faith were erupting. More and more people yearned for a new spirituality. A new longing began to emerge, People were less interested in metaphysical speculation about the nature of ultimate reality and more concerned with personal liberation.

And secretly within their hearts it was as if all of the region was desperately calling out for a Buddha to appear. Someone to show them a new way of being.

Droves of people were “dropping out” of society to pursue the “holy life” which was perceived as a noble quest.

In forests, cities and towns one could easily find yellow robe clad monks who had set off on a journey of the utmost importance. They were after ultimate truth, freedom from suffering and the way that led to true and authentic happiness.

The monk was not seen as some sort of societal leech but was regarded highly by people from all walks of life.

The monk was engaged in a quest that would benefit the people often at a huge cost to himself.

This was the backdrop for the Buddha’s life.

Over 2500 years ago a man named Siddartha Gotama set off on a noble quest to unravel the mysteries of human existence and to ultimately find a path that could alleviate human suffering and lead to true and authentic happiness.

He achieved this lofty goal after much struggle and pain. What he discovered he then distilled down into the Four Noble truths which includes the Noble Eightfold Path.

Legend tells us that the Buddha was once a beloved son of a well respected and influential man in the Kapilavatthu region in the foothills of the Himalayas. He was born into a world filled with riches and delights beyond measure.

When he was born there was a prophecy foretold about the young boy. He was destined for great things. One of two paths were laid out before him. The path of a world ruler or the path of a holy man.

His father, wanting him to become the ruler of their kingdom and beyond schemed to keep the young Buddha cut off from the harsh realities of life. The King did everything in his power so that his son would never want for anything and would never be exposed to any type of influence that might set him upon the holy path.

He was constantly surrounded by whatever his heart desired. He lived in a beautiful palace, wore only the finest clothes, and ate only the best of foods. Attendants did everything for him. He also had a lovely and caring wife and a beautiful son.

But even with all this he was not happy.

Deep within him there was a silent longing calling out to him. He felt empty inside.

Feeling boxed in by his palace walls he ventured forth to see his kingdom for the first time in his life. He had never stepped foot beyond the comforts of the royal grounds.

We are told that what he saw beyond the palace walls rocked the very core of his being. Tearing his heart to pieces.

What he bore witness to are called the four sights in the Pali scriptures. The four sights being: sickness, old-age, death and then a holy man that seemed to be happy, peaceful and content.

He then abandoned his wealth, palaces, wife and son for the life of a homeless beggar – with a mission: he wanted to find a way to overcome the worlds suffering.

All throughout the countryside he encounters many a wandering monk on a similar quest as he. He hears many differing philosophies and practices and finally finds his way to two prominent teachers Alara Kalama and Uddaka Ramaputta.

With his first teacher Alara Kalama he quickly was able to memorize and quote his teachers philosophy. But that wasn’t enough. Seeing the potential in Gotama, Alara then instructed him in various meditative practices so that Gotama could dwell in the teachings and discover his true self.

Gotama the Buddha to be learned:

At this stage of Gotama’s journey his teacher Alara Kalama was delighted with his students achievement.So much so that he invited Gotama to become his partner in the leadership of the sangha, but Gotama refused. At this point he decided to leave Alara Kalama’s group.

After he achieved the 3rd level of the ayatanas (the dimension of nothingness) he knew that he had not achieved his goal of Nirvana. When he came out of his meditative trance he was still subject to passion, desire and cravings.

But there still was one more level of the ayatanas to achieve: the fourth plane called “neither perception-nor-nonperception” and it was rumoured that the teacher Uddaka Ramaputta had achieved this rare state.

So off he went.

He met Uddaka and was quickly successful at attaining the fourth level of the ayatanas, and again he was disappointed.

Because when he came back to himself he was still prey to desire, fear and suffering.

So Gotama abandoned these meditative practices and teachers and turned to asceticism which some of the forest monks believed would burn up all negative karma and lead to liberation.

He became friend with five other forest dwelling ascetics and they practiced their gruelling penances together.

At this point Gotama must have been desperate to achieve his goal of liberation because it would seem he had lost his mind based on what he now was participating in:

His hair fell out and his skin turned withered and black. Lying along the roadside he showed so few signs of life that passersby would have assumed him dead.

But all of this craziness didn’t work either. He still hadn’t found liberation.

But even still he didn’t lose hope. He knew there had to be a way. And it was at this point in the legend that a faint glimmer of hope appeared.

Here we find Gotama, depleted, fatigued and poorly malnourished finally realizing that the path that he had been following to find true authentic happiness and freedom from suffering has not worked.

Beaten by not broken, he still has hope that there still is a way to achieve his goal. There is a way or path that will lead to Nirvana.

And the legends tell us that at this point is when he is reminded of a time when he was a young boy. In this memory he thinks back to a time when as a boy he had been out with his father for the ceremonial ploughing of the fields before the planting of next years crop. He was left in the care of his attendants as his father performed his duties. His attendants for whatever reason had left him alone and the boy found himself sitting in the cool shade of an apple tree.

It was a beautiful day and while sitting there a feeling of joy had spontaneously had arisen in him. And without any guidance he then sat in the meditative posture and easily slipped into the first jhanna.

Gotama then recognized that nirvana was naturally inherent in humans. That the what he had stumbled upon as a boy was the doorway to what he was seeking. That joy was not something to be trampled out. That maybe he could cultivate these innate tendencies. That were states that lay outside of our greedy cravings or sensual desires.

He contemplated the essential elements that went into this moment of bliss that he experienced as a child and discovered two essentials that would help him reproduce those results:

He then slowly nursed himself back to health and began to follow a certain regimen:

We don’t know how long it took Gotama to recover his health and truly benefit and gain insight using his new found methods. Gotama himself said that it could take individuals at least seven years.

Having made his recovery he was now ready to finally break through to Enlightenment and sought out a place that would be conducive for his goal. He made his way Urevela and came upon Senanigama by the river Neranjara. There he noticed, “an agreeable plot of land, a pleasant grove, a sparkling river with delightful and smooth banks, and a nearby village whose inhabitants would feed him.” This spot is now known as Bodh Gaya.

It was spring and legend tells us many remarkable things occurred on the night that Gotama became a Buddha:

And now that his goal had been reached it was time to share the Dharma with others.