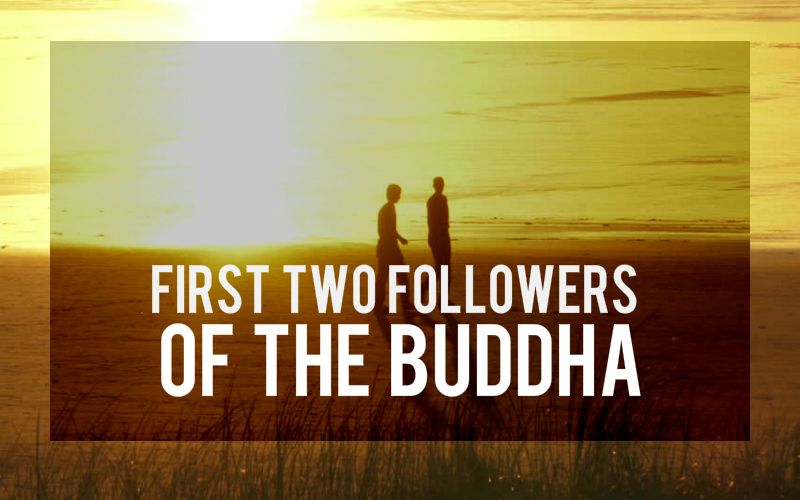 Throughout the Ganges region, people were longing for a new spiritual vision, especially in the cities. This became clear, the Pali texts tell us, almost immediately after the Buddha’s enlightenment, when two passing merchants, called Tapussa and Bhalluka, who had been informed of the great event by one of the gods, came to the Buddha and paid homage to him. They became his first lay followers. (1)

The story of Tapussa and Bhalluka who were merchants that came upon the Buddha shortly after he achieved enlightenment and were so struck by his presence that they immediately gave the Buddha offerings, asked for teachings and then requested to be his followers is a part of the Buddhas journey that I think is important and often overlooked.

For me it shows how important it is to share the teachings with those people who are engaged fully in the mundane world. That the teachings are not just reserved for renunciates. That every aspect of life can benefit from the dharma. That maybe we can create a society like the mythical Shambhala. One that functions holistically for the benefit of all.

It also shows me that we each can do our part in infusing the dharma into whatever we may be doing. That it’s not just reserved for the cushion or for isolation. Compassion is active and engaged with the world:

Compassion had been an essential component of the Buddha’s enlightenment. One legend has it that Gotama was born from his mother’s side at the level of her heart. It is a parable—not, of course, to be taken literally—of the birth of the spiritual human being.

Only when we learn to live from the heart and to feel the suffering of others as if it were our own do we become truly human. Where a bestial man or woman puts self-interest first, a spiritual person learns to recognize and seeks to alleviate the pain of others.

Many of us maintain ourselves in a state of deliberate heartlessness, a condition similar to the young Gotama’s heavily defended pleasure-palace. But during his meditations and long preparation for Buddhahood, Gotama had opened his whole self to the fact of dukkha and allowed the reality of suffering to resonate within the deepest recesses of his being.

He had made himself realize the Noble Truth of Suffering with “direct knowledge,” until he had become one with it and integrated it wholly. He could not remain locked away safely in his private Nibbana; he would thus be entering a new kind of pleasure-palace. Such a withdrawal would violate the essential dynamic of the Dhamma: the Buddha could not practice the four “immeasurables,” sending out benevolent feelings to the four corners of the earth simply for his own spiritual benefit, while his fellow creatures languished in a world gone awry.

One of the chief ways in which he had gained ceto-vimutti, the release of enlightenment, had been through the cultivation of loving-kindness and selfless empathy. The Dhamma demanded that he return to the marketplace and involve himself in the affairs of a sorrowing world. (2)

This also comes out in the places that the Buddha travelled to. Major cities and bustling centres of commerce. He did not isolate himself but was to be found in the thick of things.

The Dharma demands that we return to the world and involve ourselves in the every day struggles of every day people.

In my opinion, the story of Tapussa and Bhalluka shows that it’s the lay followers, those people fully immersed in the marketplace that need the teachings of the Dharma the most, and are ready for the transformation that these teachings can bring.