The Mind and the Nature of Mind 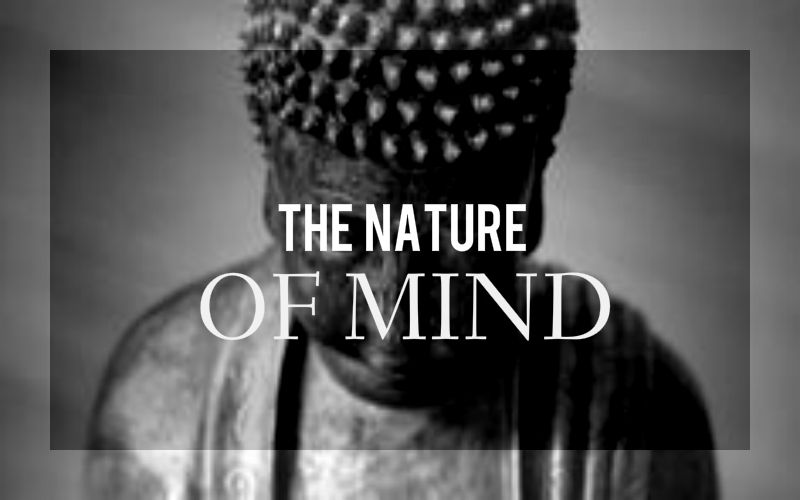 There are many aspects to the mind, but two stand out. The first is the ordinary mind, called by the Tibetans sem. One master defines it: “That which possesses discriminating awareness, that which possesses a sense of duality – which grasps or rejects something external – that is mind. Fundamentally it is that which can associate with an ‘other’ – with any ‘something,’ that is perceived as different from the perceiver.” (2)

Sem is the discursive, dualistic, thinking mind, which can only function in relation to a projected and falsely perceived external reference point.

So sem is the mind that thinks, plots, desires, manipulates, that flares up in anger, that creates and indulges in waves of negative emotion and thoughts, that has to go on and on asserting, validating, and confirming its “existence” by fragmenting, conceptualizing, and solidifying experience.

The ordinary mind is the ceaselessly shifting and shiftless prey of external influences, habitual tendencies, and conditioning: The masters liken sem to a candle flame in an open doorway, vulnerable to all the winds of circumstance.

Seen from one angle, sem is flickering, unstable, grasping, and endlessly minding others’ business; its energy consumed by projecting outwards. I think of it sometimes as a Mexican jumping bean, or as a monkey hopping restlessly from branch to branch on a tree.

Yet seen in another way, the ordinary mind has a false, dull stability, a smug and self-protective inertia, a stone-like calm of ingrained habits. Sem is as cunning as a crooked politician, skeptical, distrustful, expert at trickery and guile, “ingenious,” Jamyang Khyentse wrote, ” in the games of deception.” It is within the experience of this chaotic, confused, undisciplined, and repetitive sem, this ordinary mind, that, again and again, we undergo change and death.

Then there is the very nature of mind, its innermost essence, which is absolutely and always untouched by change or death.

At present it is hidden within our own mind, our sem, enveloped and obscured by the mental scurry of our thoughts and emotions. Just as clouds can be shifted by a strong gust of wind to reveal the shining sun and wide-open sky, so, under certain special circumstances, some inspiration may uncover for us glimpses of this nature of mind.

These glimpses have many depths and degrees, but each of them will bring some light of understanding, meaning, and freedom. This is because the nature of mind is the very root itself of understanding.

In Tibetan we call it Rigpa, a primordial, pure, pristine awareness that is at once intelligent, cognizant, radiant, and always awake. It could be said to be the knowledge of knowledge itself. (3)

Saints and mystics throughout history have adorned their realizations with different names and given them different faces and interpretations, but what they are all fundamentally experiencing is the essential nature of the mind.

Christians and Jews call it “God”; Hindus call it “the Self,” “Shiva,” “Brahman,” and “Vishnu”; Sufi mystics call it “the Hidden Essence”; and Buddhists call it “buddha nature.” At the heart of all religions is the certainty that there is a fundamental truth, and that this life is a sacred opportunity to evolve and realize it.

When we say Buddha, we naturally think of the Indian prince Gautama Siddharta, who reached enlightenment in the sixth century B.C., and who taught the spiritual path followed by millions all over Asia, known today as Buddhism.

Buddha, however, has a much deeper meaning. It means a person, any person, who has completely awakened from ignorance and opened his or her vast potential of wisdom.

A Buddha is one who has brought a final end to suffering and frustration, and discovered a lasting and deathless happiness and peace.

But for many of us in this skeptical age, this state may seem like a fantasy or a dream, or an achievement far beyond our reach. It is important to remember always that Buddha was a human being, like you or me. He never claimed divinity, he merely knew he had the buddha nature, the seed of enlightenment, and that everyone else did too.

The buddha nature is simply the birthright of every sentient being, and I always say, “Our buddha nature is as good as any buddha’s buddha nature.” This is the good news that the Buddha brought us from his enlightenment in Bodhgaya, and which many people find so inspiring.

His message – that enlightenment is within the reach of all – holds out tremendous hope. Through practice, we too can all become awakened. If this were not true, countless individuals down to the present day would not have become enlightened.

It is said that when Buddha attained enlightenment, all he wanted to do was to show the rest of us the nature of mind and share completely what he had realized. But he also saw, with the sorrow of infinite compassion, how difficult it would be for us to understand.

For even though we have the same inner nature as Buddha, we have not recognized it because it is so enclosed and wrapped up in our individual ordinary minds. Imagine an empty vase. The space inside is exactly the same as the space outside. Only the fragile walls of the vase separate one from the other.

Our buddha mind is enclosed within the walls of our ordinary mind. But when we become enlightened, it is as if that vase shatters into pieces. The space “inside” merges instantly into the space “outside.” They become one: There and then we realize they were never separate or different; they were always the same.

Source: The Tibetan Book of Living and Dying, Sogyal Rinpoche, 10th anniversary edition, revised and updated, p. 47-49: excerpts from Chapter Four, the “Nature of Mind”, paragraph “The Mind and the Nature of Mind”.