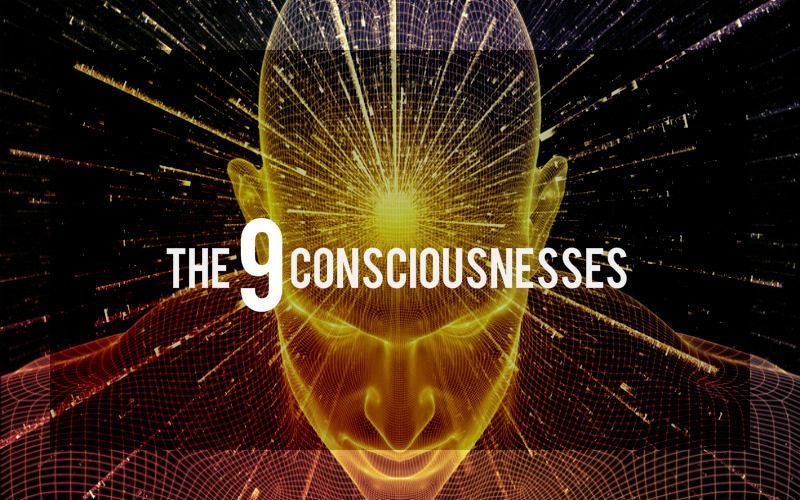 We can look at the Buddhist teaching of the Nine Consciousnesses as a way to help us understand this idea of “me” or “I” and who you think “you” are.

The nine consciousnesses can be thought of as different layers of consciousness which are constantly operating together to create our lives and our sense of a separate self.

There are five consciousnesses associated with sense impressions:

The above five are associated with sense data via the five senses.

Mental consciousness is associated with thoughts, the faculty of judgment, comparison, ideas and functions to help understand the sense data from above.

This consciousness gives rise to the idea of a separate self or ego self. Gives rise to the feeling or idea of separation – of a “me” over here and a “you” over there. Master Thich Thien-An gives a great example that, “Even when the first six kinds of consciousness are not functioning, for example in deep sleep, the seventh consciousness is still present, and if threatened, this consciousness, through the impulse of self-protection, will cause us to awaken.”

The Storehouse-Consciousness is a type of repository that stores all the impressions of our deeds and experiences. Everything we see, hear, smell, taste, touch and do is deposited as a seed into the storehouse. The seed is a nucleus of karmic energy. The Storehouse-Consciousness not only stores all of these karmic seeds but also carries them from one moment to the next and one lifetime to the next.

These seeds are carried over and give rise to latent talents, inclinations, character traits in future lives.

In the Shurangama Sutra it reads, “World Honored One, the ground of fruition is Bodhi; nirvana; true suchness; the Buddha-nature; the amala consciousness; the empty treasury of the Thus Come One; the great, perfect mirror-wisdom. But although it is called by these seven names, it is pure and perfect, its substance is durable, like royal vajra, everlasting and indestructible.”