The Matter of Soul in Buddhism 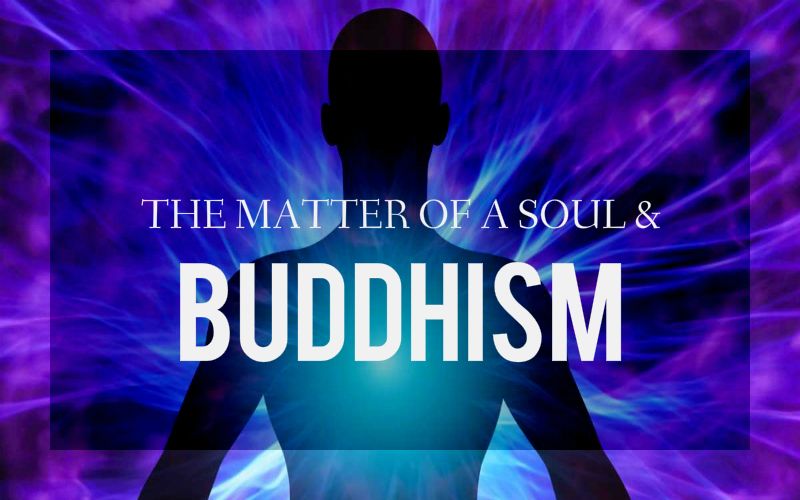 There are two views that are fairly popular within the world:

The Buddha when pressed on the matter of a soul by a wandering mendicant remained silent. And when the young monk walked away in frustration the Buddha called out to him saying,“Vaccha, this teaching … is profound, subtle, hard to see, hard to comprehend, beyond the sphere of mere logic, to be understood only by the wise.”

Tons of people believe in the soul. That each and every one of us has one. That this soul is unique to us.

But what is this soul?

Most people would say that a soul:

But who are we really?

We can’t say that when we’re five years old to the age we are now we are the same person. We have changed. Nothing has stayed the same. Even the cells of our five year old body have disappeared. Everything about “us” has changed.

This change happens every year, every month, every day, every hour, every second. Every moment we’re in a constant state of change. We’re in flux.

But we still have a sense that there’s something inside of us that doesn’t change. Some people call this something Consciousness.

In a conversation with a young monk named Sati, the Buddha tells the monk,

“Consciousness is named after whatever condition it arises dependent on.

Here we can see that who we “are” is tied to the arising of the body organ. And that what we perceive are merely streams of information. These streams get compacted down into bits and our brains create a composite story that we identify with and call an “I” but when we look at it there is no real “I” present.

What we have is merely informational inputs. This “I” dependently arises in conjunction with the body organ and then has contact with something and processes and cognizes the information it receives.

So what we perceive as an “I” is a sort of illusion. That which is looking through the eyes, hearing with the ears etc, right now is conscious space. It has no size, no weight etc. This flow of experiences, of sense impressions moves through that space, they appear, change and disappear again and again.

So if that’s the case, what is reborn?

In Buddhism it is believed that there are many layers of Consciousness. One of the deepest layers if the Store-House Consciousness.

It is believed that when the body dies all of our karmic traces get deposited into our Store-House Consciousness.

The Storehouse-Consciousness is a type of repository that stores all the impressions of our deeds and experiences. Everything we see, hear, smell, taste, touch and do is deposited as a seed into the storehouse. The seed is a nucleus of karmic energy. The Storehouse-Consciousness not only stores all of these karmic seeds but also carries them from one moment to the next and one lifetime to the next.

The energy of our karma, our thoughts, our words and our actions, propel or carry these seeds over to the next life.

These seeds are carried over and give rise to latent talents, inclinations, character traits in future lives and more…

Our karmic energy selects who we are, our birth place and birth conditions, our mother and father. The karmic energy directly affects how we think, our fortune and misfortune, our personality, our health, our wealth, our relationships and our future conditions of rebirth. The strongest tendencies that are latent seeds of our minds influence what happens next in the “rebirthing” process.

“A wave appears here. Why? Because of the impulse of the wave over there. This wave rises and subsides, and when it subsides, it originates a new impulse. By the force of this impulse, there arises over there a new wave: that new wave is the result of this wave.”

“All of our causal karma that of thought, word and action, as well as our sense impressions forever returns to and sinks into the store-consciousness; thus, nothing is ever lost. All these comprise the karmic factors which propel us into a new life.”

Now we can see how these seeds, these tiny little karmic moments, collected over time can be taken as a “self” or “I”. How they can be mistaken as a soul. But when we look we cannot find a soul.

Look into the matter of a soul. Look for yourself and see what you find. Investigate for yourself.

See the subtleties of the situation and maybe you’ll discover for yourself why the Buddha remained silent.