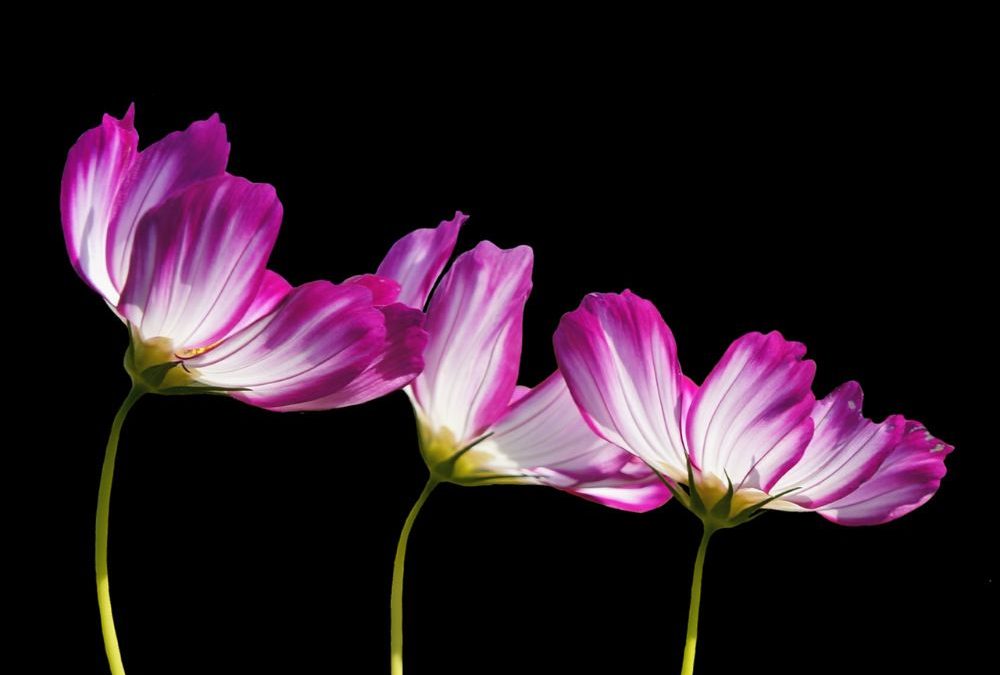 There are various schools of Ch’an mutually conflicting with each other. The doctrines preached by these established sects are contradictory and obstructive to each other.

Essentially speaking, when these doctrines are viewed in a limited perspective, each of them is wrong; while looking at them from a comprehensive perspective, all of them are right.

One has to use the words of Buddha, to show the meaning and the advantages of each school, and thus to classify these teachings into three divisions corresponding with the three teachings [of Buddhism]. Unless this is done, how can one become a skillful teacher of the age and make all the schools important and wonderful entrances to the law (Dharma)?

Firstly, the sect which taught the stopping of falsity and the cultivation of mind.

Although it is said that all sentient beings innately possess the Buddha-nature (buddhata), yet the Nature cannot be seen as it is covered up by the beginningless ignorance (avidya), and they are, therefore, dragged within the wheel of birth and death (samsara).

When Buddhas have eliminated false thought, they see their Nature in its fullest extension; they are freed from the bondage of birth and death and acquire super-natural powers and independence.

One should be aware of the different functions of common men and saints, and this difference exists both in their treatment of external objects and in their mind within.

It is, therefore, necessary for [disciples to]

When thoughts are completely extinguished, one immediately attains Enlightenment (bodhi), which is omniscient.

It is like a mirror obscured by dust; one has to cleanse it diligently; only when the dust is wiped out completely, does the mirror become bright and able to reflect all things.

One should also have a clear understanding about skillful means to enter into the realm of Dhyana: to keep oneself far away from confusion and noise, to stay in a quiet place, to harmonize one’s body and breath, and sit cross-legged in silence, putting the tongue upward against the palate and concentrating the mind on one point.

Zongmi explains that the Buddha has seen that the Six Ways of sentient beings (the six conditions of transmigration) in the Three Worlds (of Desire, of Matter and Immaterial) are all Characters of the True Nature itself. They originate from the sentient beings being deluded about the True Nature substance in itself; and do not have any substance of their own; therefore their nature is said to be Dependent (paratantra).

For those whose faculties are dull, it is impossible to be awakened (from the delusion). So the Buddha discourses on the Law according to the Characters which they see, in order to ferry them over gradually. Therefore it is called discourse on Characters.

The Sect of Emptiness

Secondly, the sect which taught absolute annihilation (cessation), this is to say that everything, both profane and sacred is dreamlike illusion and entirely non-existent. Original non-existence does not begin from the present. Even the knowledge which leads one to attain to nothingness is unobtainable.

In the Dharmadhtu which is all identity (samata) there are no Buddhas nor sentient beings; the Dharmadhatu itself is merely a borrowed name.

If the mind is non-existent, who will talk about Dharnadhatu?

As the cultivation itself is non-existent, one should not cultivate; and as Buddhas are non-existent, so their worship is unnecessary.

If one claims that there is a Dharma which is better than Nirvana, I would still say that it is a dreamlike illusion.

There is no Law to follow, nor a Buddhahood for one to attain.

Whatever the effort, all is deluding and false. To avoid going against truth, the only way is thus to understand thoroughly that originally nothing exists, and that one should not attach his mind to any thing.

Only after this is one called liberated. From Shih-t’ou and Ox-head down to Ching-shan, all preached this doctrine.

They consequently asked their disciples to practice mentally in accordance with this doctrine, and not to let their feelings be hindered by any single Dharma.

In course of time the defiled habits would be eliminated by themselves, and one would be without any obstacles from hate or affection, sorrow or happiness.

Because of this doctrine, there were a kind of Taoist priests, Confucian scholars and idle Buddhist monks who had some vague knowledge of Ch’an and liked to speak such words and regard them as the highest.

These people are, however, not aware of the fact that this sect does not regard only these words as being its law.

The disciples of Ho-tse, Chiang-hsi and T’ien-t’ai are also preaching this teaching, though they did not regard it as their principal doctrine.
Zongmi clarifies this as follows:

“According to the ultimate meaning of Truth, the false tenets are originally empty, so there is nothing to negate. All pure Dharmas are originally the True Nature, and have forever their wonderful functions in accordance with circumstances. Therefore, they are also not to be negated. However, there is a kind of sentient beings who are unable to awake, as their vision is obstructed by attachment to empty Characters. So the Buddha negates all Characters without distinction of good and evil or pure and impure. He considers both the True (Buddha) Nature and its wonderful functions as not non-existent; but he cannot discuss it explicity and he says they are non-existent. That is what is called esoteric teaching. It also means that the intention of the teaching is to reveal the True Nature, but its linguistic expression only negates Characters. Since the intention is not explicitly expressed, that is why it is called esoteric (secret).“

(This is also the teaching of inference. Where the nature isn’t directly pointed to but can be stumbled upon. This is characterized by the Zen stories featuring Masters lifting fingers, raising eyebrows, shouting, hitting, Joshu’s MU)

The Sect of the Direct Discovery of Mind-Nature

Thirdly, the sect which taught direct revelation of the Mind-nature: this is to say that all Dharmas, whether existent or empty, are nothing but the absolute Nature (Buddha Nature).

The absolute Nature is characterless and nonactive, and its substance differs from all phenomena; it is neither profane nor sacred, neither cause nor effect, neither good nor evil.

Nevertheless, the functioning of the substance is able to create all kinds of manifestations, meaning that it is capable of manifesting itself as profane or sacred, as material forms or other characters.

Here, one may point out two kinds of manifestations of Mind-Nature.
First, things such as language and action, desire and hatred, compassion and patience, good and evil deeds, suffering and enjoyment, all these are the Buddha-nature in yourselves; they are the original Buddha [in you] apart from which there is no other Buddha.

When one understands that this natural reality is spontaneous (svayambhu), the longing for cultivation of the Tao does not arise in one’s mind. The Tao is the Mind itself; one cannot use the Mind to cultivate the Mind.

The (Mind-) Nature resembles emptiness; nothing can be added to it nor taken away from it. What necessity is there for completing it?

The only thing one has to do is to stop one’s own Karma and to nourish one’s own spiritual power, at all times and places where one lives, thus to strengthen the womb of holiness and to manifest the wonder of spontaneity.

This is the true awakening. the true cultivation and the true realization.

Second, they say, all Dharmas are dreamlike illusions, and this has been taught by all saints.

Originally, therefore, false thought is calm, worldly phenomena are empty, and the empty and calm Mind is self-knowing and never obscured.

This empty and calm knowledge is your own real Nature; whether deluded or enlightened, the Mind is always self-knowing. It does not depend on other conditions for birth, nor does it arise from external objects.

The one word (awareness) is the gate to all wonders.

Being deluded by the beginningless ignorance, one wrongly grasps his physical body (rupa) and mental elements (nama) as the Self, from which thoughts of desire, hatred and so forth arise.

If one has a good and learned friend to open and indicate the empty and calm knowledge of Sudden Enlightenment, and [to indicate] that the knowledge itself is thoughtless and formless, then who will make a distinction between self and others ?

When one realizes that all characters are empty, thoughts will naturally not remain in his mind.

When a thought arises, one is immediately aware of it; and with this awareness, thought becomes nothing.

The wonderful gate of religious cultivation is here and not elsewhere.

Although a myriad ways of cultivation are available, yet the Absence of Thought is the principal.

After one thoroughly understands that all characters are no characters, one naturally cultivates without cultivation.

When passions are ended, one is freed from the bondage of birth and death.

When birth and death are annihilated, one is confronted with Nirvana-illumination, whose responses to the needs are inexhaustible; and this is called Buddha-hood.

[Despite their differences] these two views are both aimed at the unity of all characters and the return to (Buddha-) Nature. They are, therefore, to be considered as having the same principle.

The third type of Buddhist thought is termed by Tsung-mi as “the exoteric teaching revealing that the True Mind itself is the (Buddha) Nature”.

He comments this formula as follows,

“These passages show that Tsung-mi considers all the doctrines and practices of Ch’an Buddhism as devices only. In other words, while he recognizes that the fundamental problems of the phenomenal world are basically the same, yet the spiritual needs may be different from man to man. Therefore, there is no dispute about the painful aspect of worldly life, but there do exist differences about the means or the ways helpful to each individual.

The three divisions mentioned above are further divided by their attitudes towards traditional “teaching”: either looking up to it or looking down on it, either following its characters or destroying them. Their methods for the refutation of external challenge, their skillful means towards the lay community, their modes and manners of teaching disciples, are varied and different. All these differences, however, are modes of action beneficial to and adapted to circumstances. There is no loss therein. The principle which they respect is non-dual. This is why they should be understood comprehensively in accordance with the words spoken by Buddha.

Each of these devices are useful and helpful only to certain groups of people to which the device is suitable and adopted. As far as these people are concerned, it is correct and productive; however, if one proclaims the device to be the only absolute or ultimate way to salvation, and imposes it upon other people, then the device becomes an obstacle rather than a help. After all, there is no single medical formula that is capable of curing all kinds of diseases.

This recognition of the individual need is one of the most distinct contributions of Ch’an Buddhism. Ch’an Buddhists pointed out that if any religious man chose an unsuitable device for spiritual cultivation, it would be impossible for him to attain the expected fruit. In that case, religious practice may become a source of suffering, rather than of liberation from suffering. Ch’an therefore laid stress on the freedom of choice as to the means adopted to reach the religious goal.”