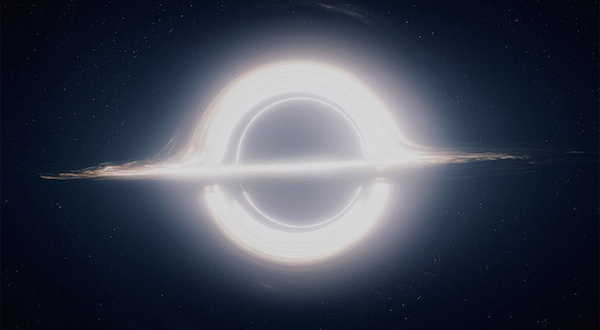 Question: We are still uncertain what is meant by “true mind.”

Zen Master Chinul: To leave behind the false is called “true.” The open awe-inspiring illuminating presence is called “mind.” The Surangama Sutra sheds light on this mind.”

In the Surangama Sutra the Buddha said:

The Buddha said: “This clear seeing as well as the objects (seen) and the void are fundamentally the perfect, pure, true Mind of the Wonderful, Bright, Supreme Bodhi wrongly perceived as form and voidness as well as hearing and seeing, just as a second moon is perceived with the accompanying misconception of real and unreal moons. Manjusri there is only one real moon which is beyond the condition of “is” and “is not”.”

Therefore, if you discern seeing and its objects and give rise to all kinds of (mental) creation, this is wrong thinking which will prevent you from getting out of this dual condition of “is” and “is not” (If you look into them by means of) this true, essential, wonderful, bright, and enlightened Nature, it will enable you to avoid this duality.

Direct Pointing to the One Mind
The Buddha said, “Ananda, you are still not clear about the illusory appearances of all passing phenomena which vanish wherever they arise. These illusions in the shape of forms spring from (their underlying nature which is) the substance of wonderful Bodhi. So also are the six entrances (organs), the twelve ayatana (six sense organs and six sense data) and the eighteen realms of senses which falsely arise from the mixture and union of causes and conditions and which falsely vanish when the same causes and conditions are disconnected. They are but creation and destruction appearing and vanishing within the permanent, wonderfully bright, immutable, all-embracing and profound Bhutatathata (absolute) nature of the Tathagata store wherein neither coming nor going, neither delusion nor enlightenment, and neither birth nor death can be found.”

Pointing to the One Source
Ananda, this is like water which, after becoming ice, can change back into water.

Ananda, because your mind is unsettled, you do not realize that the seeing and hearing that arouse consciousness, come fundamentally from the Tathagata store. You should look into the consciousnesses inside the Six Entrances and see if they are the same or different, exist or not, are neither the same nor different, and neither exist nor not. For you do not realize that in the Tathagata store self-natured consciousness is the enlightened basic Bodhi which embraces and pervades the whole Dharma-realm, is not (to be found) in a given, place or direction and manifests according to the laws of karma. Ignorant worldlings think wrongly that it is causal, conditional and due to the self as such, according to the way their consciousnesses differentiate and discriminate while they do not know that the language they use has no real meaning.

After listening to the Buddha’s profound instruction, Ananda and the assembly realized that their bodies and minds were now free from all obstructions. Each understood that his selfmind pervaded the ten directions of space which he saw clearly like a leaf held in his own hand, and that all things were the wondrous and bright fundamental Mind of Bodhi. While his essence of Mind embraced all and contained the ten directions, he looked back at his own body given him by his parents, which was like a speck of dust dancing in the great void, sometimes visible and sometimes not, and like a bubble rising and falling aimlessly in a boundless clear ocean. After seeing all this clearly, they all realized their fundamental, profound, permanent and indestructible (self-) minds, and brought their palms together to pay reverence to the Buddha (thanking Him) for (showing them) what they had never seen before.

Question: Is it only named true mind or does it also have other appellations?

In the Bodhisattvasila Sutra it is called the “mindground” because it produces the myriads of good dharmas.

In the Prajnaparamita sutras it is referred to as “bodhi” because enlightenment is its essence.

The Avatamsaka Sutra names it the “dharmadhatu” because it interpenetrates and infuses all dharmas.

In the Diamond Sutra it is called “tathagata” because it does not come from anywhere.

In the Prajnaparamita sutras it is also referred to as “nirvana” because it is the sanctuary of all the saints.

In the Golden Light Sutra it is said to be “suchness” because it is true, permanent, and immutable.”

In the Pure Name Sutra it is named the “dharma-body” because it is the support for the reward and transformation bodies.

In the Awakening oj Faith it is termed “true suchness” because it neither arises nor ceases.”

In the Mahaparanirvana Satra it is referred to as “Buddha-nature” because it is the fundamental essence of the three bodies.

In the Complete Enlightenment Sutra it is called “dharani” because all meritorious qualities flow from it.

In the Srimaladevisimhananda Sutra it is named “tathagatagarbha” because it conceals and contains all dharmas.

In the definitive sutras [the Complete Enlightenment Sutra] it is named “complete enlightenment” because it destroys darkness and shines solitarily of itself.’

As Son Master Yen-shou’s Secrets on Mind-Only says, “The one dharma has a thousand names: its appellations are each given in response to different conditions.””

The true mind appears in all the sutras, but I cannot cite all the references.

Chinul: In the school of the patriarchs all names and words are severed; not even one name is sanctioned, let alone many.

In response to stimuli and according to faculties, however, its names are also many.

Sometimes it is referred to as “oneself,” for it is the original nature of sentient beings.

Sometimes it is named “the proper eye,” for it makes visible all phenomena.

At other times it is called “the sublime mind,” for it is empty yet numinous, calm yet radiant.

Sometimes it is named “the old master,” for it has been the supervisor since time immemorial.

Sometimes it is called “the bottomless bowl,” for it can survive anywhere.

Sometimes it is called “a stringless lute,” for it is always in harmony.

Sometimes it is called “an inextinguishable lamp,” for it illuminates and disperses delusion and passion.

Sometimes it is called “a rootless tree,” for its roots and trunk are strong and firm.

Sometimes it is referred to as “a sword which splits a wind-blown hair,” for it severs the roots of the defilements.

Sometimes it is called “the unconditioned kingdom,” for the seas are calm there and the rivers clear.

Sometimes it is named a “wish-fulfilling gem,” for it benefits the poor and distressed.

Sometimes it is called “a boltless lock,” for it shuts the six sensedoors.

It has such a variety of different names that I cannot record them all.”

If you penetrate to the true mind, you will fully comprehend all of these names; but if you remain dark to this true mind, all names are only a block.

Consequently, you must be precise in your investigation of the true mind.