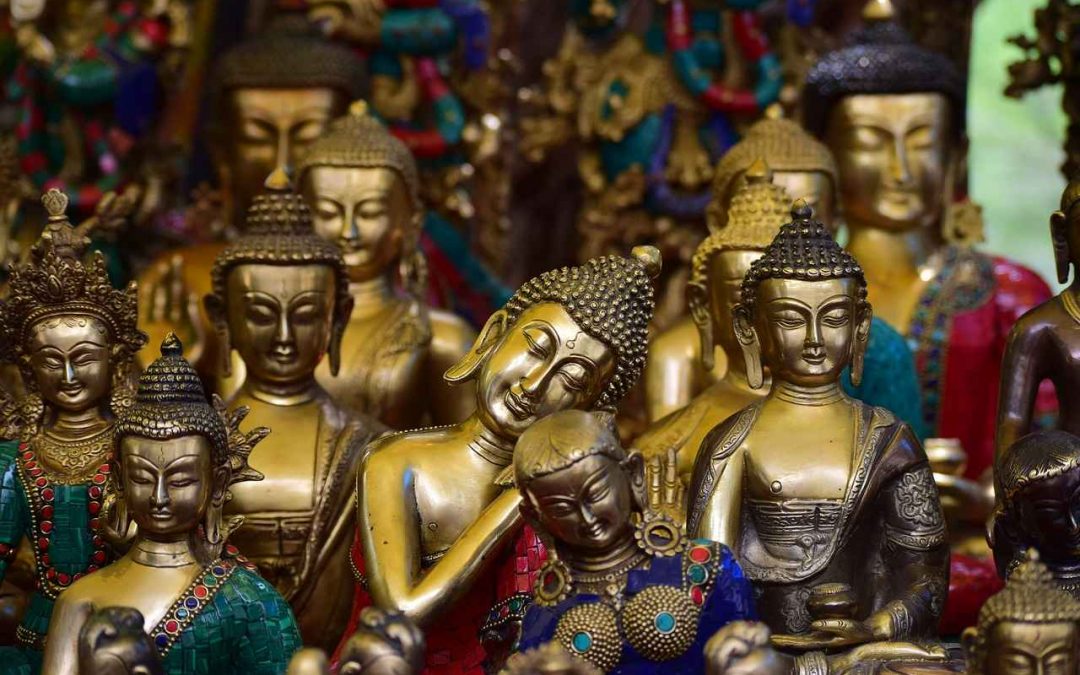 Sure there’s core teachings and practices within every tradition but the Buddha showed us that we’re each a little bit different.

That’s why they say he taught 84,000 different types of teachings.

He tried to give each person the right kind of medicine for them.

This includes the types of practices that he offered to people.

In our tradition we focus on two essential practices:

We find these two to best the most potent, effective and beneficial.

Still though, I have to modify and adapt the teachings and practices slightly for each student that shows up to the sangha.

In the Full Awareness of Breathing Sutra that’s illustrated perfectly…

I heard these words of the Buddha one time when he was staying in Savatthi in the Eastern Park, with many well-known and accomplished disciples, including Sariputta, Mahamoggallana, Mahakassapa, Mahakaccayana, Mahakotthita, Mahakappina, Mahacunda, Anuruddha, Revata, and Ananda.

That night the moon was full, and the Pavarana Ceremony was held to mark the end of the rainy season retreat.4 Lord Buddha, the Awakened One, was sitting in the open air, and his disciples were gathered around him. After looking over the assembly, he began to speak:

When they heard that the Lord Buddha was going to stay at Savatthi for another month, bhikkhus throughout the country began traveling there to study with him.

The senior bhikkhus continued teaching the bhikkhus new to the practice even more ardently. Some were instructing ten bhikkhus, some twenty, some thirty, and some forty.

With this help, the newer bhikkhus were able, little by little, to continue their progress in understanding.

When the next full moon day arrived, the Buddha, seated under the open sky, looked over the assembly of bhikkhus and began to speak:

“O bhikkhus, our community is pure and good.
At its heart, it is without useless and boastful talk,
and therefore it deserves to receive offerings
and be considered a field of merit.
Such a community is rare,
and any pilgrim who seeks it,
no matter how far he must travel,
will find it worthy.

O bhikkhus, there are bhikkhus in this assembly who have realized the fruit of arahatship, destroyed every root of affliction, laid aside every burden, and attained right understanding and emancipation.

There are also bhikkhus who have cut off the first five internal formations and realized the fruit of never returning to the cycle of birth and death.

There are those who have thrown off the first three internal formations and realized the fruit of returning once more. They have cut off the roots of greed, hatred, and ignorance and will only need to return to the cycle of birth and death one more time.

There are those who have thrown off the three internal formations and attained the fruit of Stream-Enterer, coursing steadily to the Awakened State.

There are those who practice the Four Establishments of Mindfulness…

There are those who practice the Four Right Efforts…

And those who practice the Four Bases of Success…

There are those who practice the Five Faculties…

Those who practice the Five Powers…

Those who practice the Seven Factors of Awakening…

A those who practice the Noble Eightfold Path…

There are those who practice loving kindness…

Those who practice compassion…

Those who practice joy…

Those who practice equanimity.…

There are those who practice the Nine Contemplations…

And those who practice the Observation of Impermanence...

There are also bhikkhus who are already practicing Full Awareness of Breathing.”

Who’s to say which is the best medicine for you?

We have those two in our lineage that we love the most (Koan Practice & Resting in the Radiance) and we work in others as well to help calm the body, soften the heart and heal past trauma.

And maybe a technique we use is only best for now and we’ll take up another a little while later.

Some people even say that the first part of the full awareness of breathing technqiue is actually a Buddhist Pranayama technique that we’ve been teaching wrong for eons.