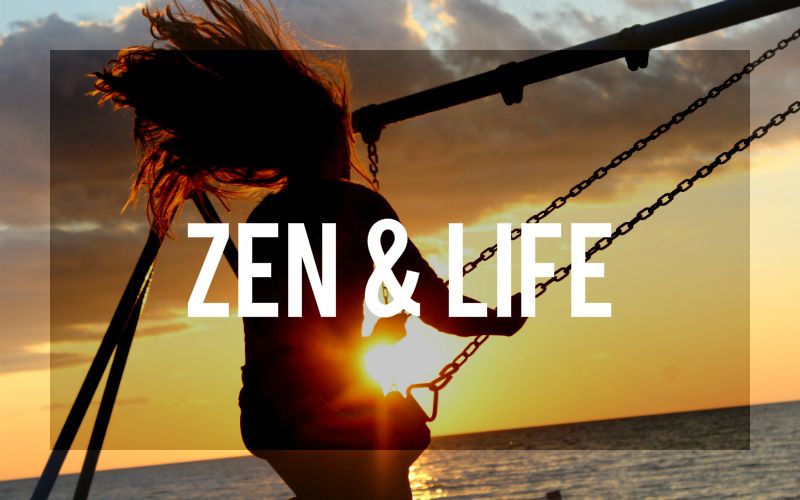 Master Thich Thien-An says that, “The Supreme Way is all-embracing, excludes nothing and rejects nothing. To actualize the Supreme Way it is necessary to fuse one’s meditation with the circumstances of everyday life, otherwise meditation is useless.”

Many people believe that practice only happens when they’re on the cushion, listening to a Dharma talk and reading a book on Zen or Buddhism.

But Zen practice is your whole life. Every aspect of your day IS your practice. The insights, revelations and understandings that you glean from your studies or meditation need to be infused into every aspect of your life. These realizations are useless if they’re not actualized while you’re stuck in traffic, shopping for groceries or grinding it out at work.

Sure it’s nice and maybe even a wee bit necessary at times to carve out some quiet space and time to help you anchor in your practice. Retreat from the mundane world will help you discipline your mind but we must be careful not to be seduced into seclusion.

The Chan Master Dàhuì Zōnggăo said that, “To attain enlightenment, it is not necessary to abandon family life, quit your job, become a vegetarian, practice asceticism, flee to a quiet mountain top, or enter a ghost cave of dead Zen to entertain your subjective imaginings.”

Zen is found in the marketplace. Zen is for the world. Zen is here now. 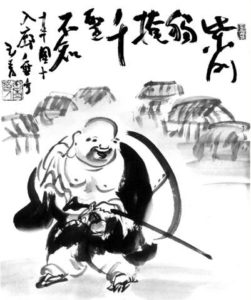 In the famous Ten Oxherding Pictures, in the tenth picture we find the sage deep within the world – not tucked away in the mountaintop. The tenth picture shows the enlightened oxherder entering the town marketplace, doing all of the ordinary things that everyone else does.

“But because of his deep awareness, everything he does is quite extraordinary. He doesn’t retreat from the world, but shares his enlightened existence with everyone around him. Not only does he lead fishmongers and innkeepers in the way of the Buddha but, because of his creative energy and the radiance of his life, even withered trees bloom.”

The Sixth Patriarch of Zen is a good example of someone totally immersed in the world who achieved deep realization. He wasn’t an educated man, he had to work tirelessly throughout the day to feed over five hundred monks. His days were filled with cooking rice, carrying water, collecting firewood, taking care of the garden, and all the busy-ness that’s involved in the kitchen. And even with all of that he was able to keep his mind under control no matter what he was doing. Every moment became his meditation.

In Zen, doing is more important than knowing. Knowing is a brain centred approach. Doing is an embodied transformative process. Each moment, each action, each word becomes a chance to practice.

We must taste the chocolate.

In the Three Pillars of Zen there’s a story of an American businessman who had been studying Zen for years. One day the man’s friend blurted out, “You’re forever spouting Zen philosophy, but you’ve hardly become more serene or considerate since you’ve begun studying it. If anything, it’s made you supercilious and condescending.”

Zen practice must touch something in you so that your old selfish habits and patterns begin to fade away.

Like a lotus that emerges from the muck and mud to rest gently and beautifully on top of the water so too does a practitioner of Zen go about their days in the hustle and bustle of life at ease within the chaos.

This is the most difficult training in Zen.

Being peaceful and serene with a mind at ease is easy to do in the meditation hall or on the cushion. The real challenge is to bring that equanimity and awareness into every day life.

Lao-tzu said that, “The Tao that can be talked about is not the Eternal Tao. The name that can be named is not the true name.” Such is the same with Zen.

Zen must be lived. Zen must be experienced. You must go beyond concepts and notions and actualize the teachings.

The writings of the Masters are only expedient tools. They are fingers pointing to the moon.

Wisdom is experiential. We must taste the chocolate. We drop our theories and concepts of what chocolate is and we take a bite.

Zen is not just practiced on the cushion, all of life is the Dharma Hall.

We need not complicate the process.

Be mindful of body, speech and mind.

Realize that everything is interconnected. We’re all in this together. So we must not only seek liberation for ourselves but we must seek to liberate others.

We enjoy life to the full during the blissful and ecstatic moments but we’re also content to bear the suffering and hardships of life.

Master Thich Thien-An says that, “Each day the Zen student must do his best to fulfill that day. Then he should let the day pass, not clinging, not attached, not worried about anything; he must let the mind be free.”